EPISODE 2: “The reason we are not detectives”

We begin this episode with the 4 rookie detectives – Eun Dae Koo (Lee Seung Gi), Eo Soo Sun (Go Ara), Park Tae Il (Ahn Jae Hyeon), and Ji Kook (Park Jung Min) –  and their mentor bosses – Seo Pan Seok (Cha Seung Won) and Lee Eung Do (Sung Ji Ru) – responding to a call about a disturbance on the highway. To get through traffic they all jangle their handcuffs out the window so drivers will know it is the police behind them. They finally get to the problem, it is two men sitting on folding chairs staring at each other and blocking traffic. Yep, it is the two criminals from the chase scene of episode 1. The men see the police, get in their car, and we get an abbreviated car and foot chase.

Dae Koo aims his  gun at the suspect who has Ji Kook by the throat with a knife. Dae Koo puts down the gun and pulls out his taser instead, tasering poor Ji Wook who falls against the suspect who then falls to the ground.

At the police station the 4 rookies are paired into partners, Soo Sun and Dae Koo, and Tae Il and Ji Kook. Soo Sun writes up the report and interviews the suspect. She ends up binding the suspect with rope. Unfortunately Ji Kook has left a knife on the desk and the suspect pilfers it no one the wiser.

When Dae Koo and Soo Sun escort the suspect for transport to the jail, the suspect has cut the ropes and he makes a break for it. The suspect steals a police car and hits another police car exiting the parking lot. It is bad luck that Pan Seok is driving the police car that the suspect hit.

The detective section chief  goes ballistic at the bumbling and expense this mistake will cost him. After the section chief yells at Pan Seok who in turn yells at the rookies. Soo Sun protests that she did not put the knife on the desk but agrees that she wasn’t prepared to give chase as she was wearing slippers not sneakers. Dae Koo says his mistake was trusting an obviously inferior partner (he doesn’t mind throwing his partner under the bus). Time to go home each exhausted from  the day. 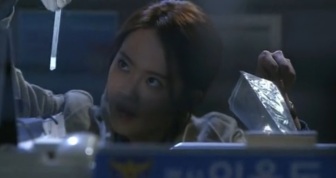 But Dae Koo makes a stop first to duplicate Pan Seok’s cell phone then plants a camera in Pan Seok’s apartment. Meanwhile Soo Sun searches Ji Kook’s desk and finds the knife the suspect used. Soo Sun convinces a forensics guy to take the fingerprints off the knife certain it will prove she had nothing to do with the  knife.

When Dae Koo arrives at the rookie’s apartment Ji Kook has already moved into the single bed bedroom while Tae Il is in the bunk bed bedroom. Dae Koo intimidates Ji Kook out of his room. Ji Kook moves into Tae Il’s bedroom who has no problem with his new roomate and is even willing to take the top bunk. 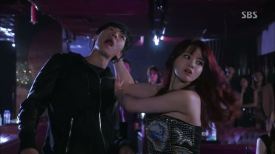 Pan Seok and Eung Do go undercover at a restaurant hoping to entrap gold digging women that convince men to buy very expense wine raking up big bills. Unfortunately the female gold digger instinctively spots them as the police and runs. Eung Do tells Pan Seok their only chance now is sending the rookies into the nightclub the gold diggers are known to frequent. Off our rookies go thrilled with this chance. Soo Sun manages to tape record the gold digger that ran away from  Pan Seok and Eung Do. Tae Il gets the phone number of a gold digger. They are doing well until two girls go at it, hitting each other with shoes and purses. Dae Koo enters the fray and Soo Sun tries to stop him from intervening and potentially blowing their cover. Unbeknownst our rookies two undercover narcotics police are there hoping to catch drug dealers. The rookies end up ruining their operation. Dae Koo spots a man bleeding and hurt on the ground. He flashes back to his Mom’s murder and freezes unable to do anything.

Soo Sun tries to snap him out of it, then unable to call 119 (emergency), Soo Sun decides to turn off the sound system by shooting it and takes the gun from the undercover detective. Dae Koo snaps out it and shoots the electronics. The music stops and someone calls 119 for the injured man. The undercover detectives are livid their operation is blown by 4 kids and arrest them. Pan Seok and Eung Do watch stunned as the four rookies are put in a police van and hauled to the station. At the station all the rookies refuse to answer any questions not wanting to blow their cover to the gold digging girls they hope to catch another day.

Comments: Good balance in this episode between Dae Koo’s revenge agenda and our rookies bonding as a team and getting their first solo assignment.
* Dae Koo’s revenge against Pan Seok is aided by a mystery person providing information on Dae Koo’s mother’s murder.  Who is backing and supporting Dae Koo?
* The rookie demonstrate teamwork and loyalty when they hunted gold diggers at the bar and then refused to blow their covers at the police station
* Pan Seok interests me. It doesn’t appear that he is a corrupt cop now though he certainly was 11 years ago when he was the hit man for the man that threatened Dae Koo’s mother NOT to testify. Seems very cruel that as a cop he worked to convince her to testify then ends up murdering her when she decides to testify
* Sa Kyung landed two major slaps to Pan Seok so their past relationship ended badly
* We learned a bit more about each rookie. They are all likable and quirky, a good combination to take this show forward with. 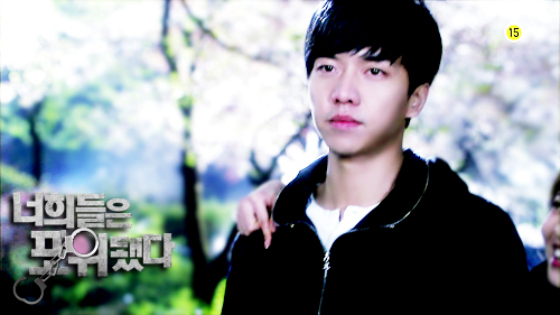