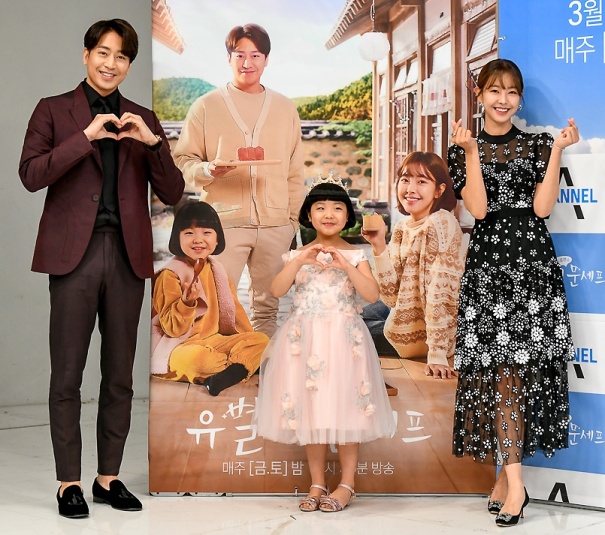 Synopsis. Eccentric! Chef Moon is a 16-episode 2020 kdrama about a chef, a designer and a child that learn what is important in life, together. The designer suffers from amnesia and the child latches onto her coaxing the chef to take her in. The villagers embrace the three of them. The chef and designer search for answers to past events. Little do they know their pasts intertwine with the big bad villain. As events become clearer, the chef and designer must resolve their own issues. Will their past divide them? Can the big bad villain be defeated? Will their future walk the same path? This series was broadcast on Channel A, a cable channel in Seoul launched in 2011 along with 3 other cable channels – TV Chosun, jTBC, and MBN – all sponsored by daily newspapers.

It took a village to make this series work. Writers Kim Kyung Soo and Jung Yoo Ri imbued this series with heart, home, community and a tough villain. The main and secondary characters gelled – the core trio, the villagers, the corporate characters, the fashion arena characters, and the villain & his minions.

Core trio learned that family doesn’t need blood ties. Initially this family was thrown together but they found acceptance, caring, and fun from each other and the supporting villagers.

Chef Moon Seung Mo (Eric). I’ve been an Eric fan for years, he’s a member of my cadre of cuties (actors that I regularly watch). Though I didn’t love his hair, I enjoyed his performance. Chef Moon was a wanderer. When he returned to Korea he learned he had a daughter. When his parents died, he retreated to his parent’s retirement home in a small village. Here Chef Moon took in an amnesiac stranger and found love. By opening his home, and eventually his heart, he centered himself in family and community. He had his own past issues that had to be dealt with outside of the village.

Designer Yoo Yoo Jin (Go Won Hee). Designer Yoo was driven by work. An accident left her with amnesia. Chef Moon took her into his home and she was embraced by all. When her memory came back, things had to be dealt with outside of the village. Her extended family supported her as she fought to resolve past issues. Go Won Hee and Eric had chemistry. There were several standout moments between this couple. A favorite was when Chef Moon secretly made her food when Designer Yoo was taxing herself to meet a deadline. She immediately knew who cooked for her and made a beeline to the kitchen.

Daughter Seol A (Ko Do Yeon).  Child characters can be tricky and potentially off-putting. Seol A had opinions and charm which she used deftly. I liked this kid. She engaged every character she came in contact with. Ko Do Yeon held her own with the adult cast. 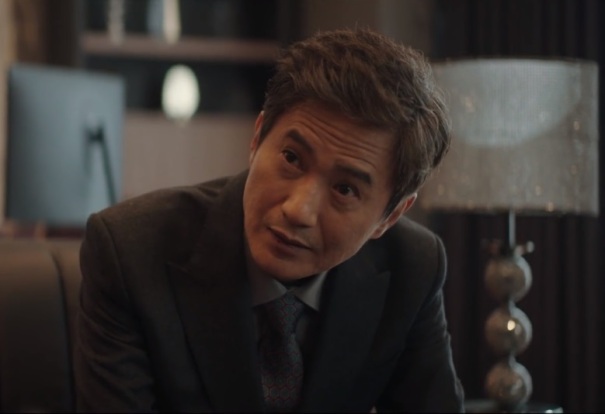 Latter third dominated by the villain. Ahn Nae Sang’s portrayal of the villain willing to crush anyone in his way was rock solid. He culled the herd of opponents and the body count climbed. He had always had a plan B. He effectively neutralized team good individually with direct threats causing the character to capitulate to “save” others. That never worked. The latter third of the series focused on defeating the villain, which wasn’t an easy task.

Would I recommend Eccentric! Chef Moon? Yes, this series had a sweet vibe, touching moments with the touchstone that community, family, and love is what matters. This was threatened by a difficult to defeat villain ready to destroy those in his path.  The writers’ story had a foundation of humanity brought to life by the ensemble cast.  The trio of Chef Moon, Designer Yoo, and daughter Seol A were the heart of this series. The core actors’ chemistry was undeniable. This good but not great series engaged me and left me smiling.

OST. This drama’s OST had 12 vocal tracks and 26 instrumental tracks.  Dramawiki has the OST details (link). My favorite song was Love Came sung by Colde.
Listen to the vocal tracks of the OST via this playlist: