Will there be a second season for Arthdal Chronicles? 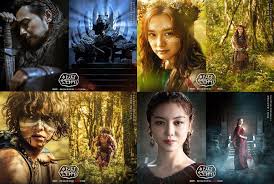 I was surprised that the 18th episode left viewers with a cliffhanger. I did not know that would happen. Granted there was too much story to play out in a single episode, so in hindsight it makes sense. I went to the internet to see if and when a second season of Arthdal Chronicles would come to fruition.

Per the Soompi Article (link to article)…

A source from the drama stated on September 23, “From its inception, ‘Arthdal Chronicles’ was planned out as a drama with many seasons. The staff would definitely like to move forward with a second season. The end credits clip in episode 18 reflected that desire.”

They added, “However, a second season is not possible just with the desire of the staff, there must also be support from viewers. We will look over various factors and make a final decision soon. We will do our best so that we can move ahead with a second season.”

What kind of support from viewers are the producers wanting? If there is a survey or petition, let me know.

A second Soompi article had final thoughts from the 4 primary actors (link to article), snippets are below... 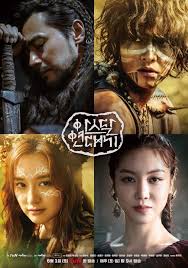 Jang Dong Gun (Tagon)  “It’s hard to believe that ‘Arthdal Chronicles’ is over. It was an honor to participate in a great work with good people, and I had a great time”

Song Joong Ki (Eunseom and Saya) “Although there were some difficulties in playing a double role for the first time, it was fun…the vast and deep story was so fascinating.”

Kim Ok Vin  (Taealha) “I was very attached to all of the staff, including the director, writers, and actors. We worked hard together, so it feels both sad and bittersweet that I won’t be able to see them anymore”

Kim Ji Won (Tanya) “Just as characters change as they learn over time, ‘Arthdal Chronicles’ was a drama that gave me new experiences and lessons.”

Looking for a petition I found an article (link to article) that gives us hope, snippet below.

The blockbuster TV fantasy series “Arthdal Chronicles” will likely come back with a second season despite its lower-than-expected viewership, its broadcaster tvN said Monday. “We’re positively considering making a second season,” an official from tvN said. “The decision has not been finalized yet, but the possibility is high.”

I was surprised to find an article on Forbes.com (link to article), snippet below.

Although the program aired internationally on Netflix, the drama was produced by the Korean cable station tvN and Korea’s Studio Dragon. Those two companies are still actively engaged in talks about whether to continue the series. Questions of finance may be part of the equation. Despite an all-star cast and a massive production budget, the drama received mixed reviews and lower than expected viewership ratings, peaking at 8.9 percent nationwide.