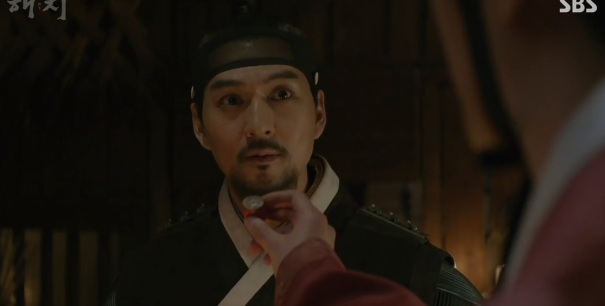 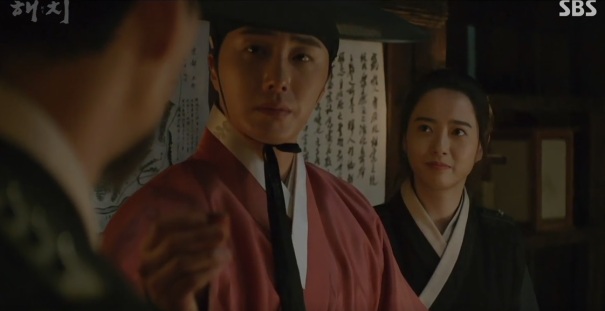 At the murder inquiry evil Prince Milpoonggun Lee Tan (Jung Moon Sung) is accused of murder. The judges are hesitant to indict the prince. They claim they will IF a witness comes forward. The inspectors know they don’t have a witness. Prince Yeoninggun Lee Geum (Jung Il Woo) surprises everyone when he appears and declares he is a witness. Forced to keep their word, the judges indict Prince Milpoonggun. Team good has triumphed. 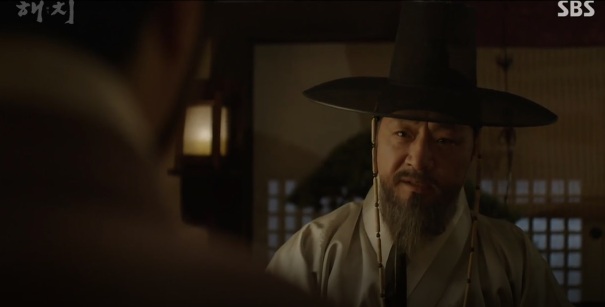 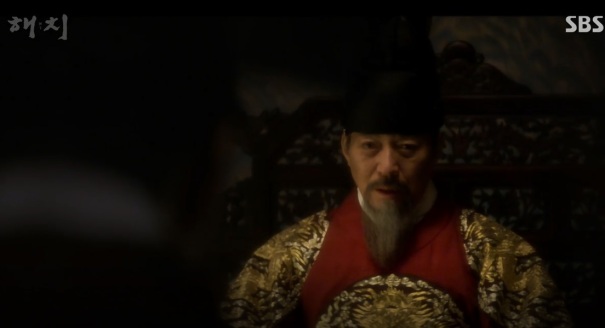 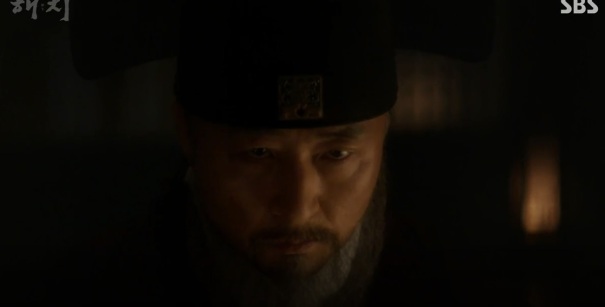 The King secretly sends Prince Yeoninggun the location of Prince Milpoonggun’s death diary. It is at the Buddhist temple. Prince Yeoninggun realizes this is tangible evidence that would free the honorable inspector. He turns to the remaining members of team good – Inspector Yeo Ji (Go Ara) and Park Moon Soo (Kwon Yool) – to retrieve the death diary. 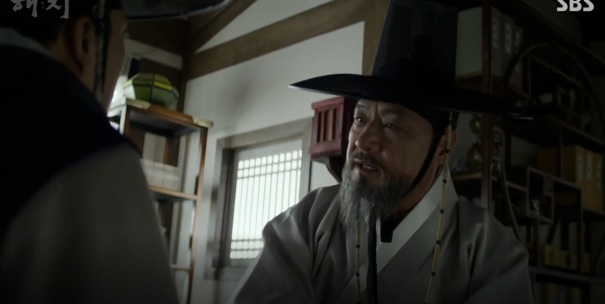 A fateful sequence of events unfold:

Terrific two episodes where team good won and then lost big. I was surprised when the evil Prince Milpoonggun was indicted, ditched by Minister of Personnel, and banished to China. The Minister of Personnel was forced to back Prince Yeonryung as the next king. Team good won. But it was too soon. Writer Kim Yi Young turned the tables on team good. The Minister of Personnel regained the upper hand and forced Prince Yeoninggun to perjure himself. But it was for naught, the honorable inspector died anyway. Bravo Writer Kim for surprising me and upping the emotional angst for our hero. Prince Yeoninggun’s brother is dead. His father is dead. The honorable inspector he tried to protect is dead. Will Prince Yeonryung wallow in grief long before he decides to fight for the throne?

Prince Yeoninggun Lee Geum (Jung Il Woo) had highs and lows. Prince Yeoninggun didn’t see the double cross by the Minister of Personnel. He realized the secret report from his father confirming the death diary was the way to free the honorable inspector. He didn’t count on the evil Prince Milpoonggun returning to town and killing his brother Prince Yeonryung. But the emotional blows didn’t stop there. The King died leaving Prince Yeoninggun alone and knowing his father would never see the son he asked his son to become.

Inspector Yeo Ji (Go Ara) trusted Prince Yeoninggun. She believed Prince Yeoninggun vow of support but kept going when he didn’t show. Unfortunately the death diary wasn’t at the Buddhist temple. Prince Milpoonggun’s lover has the damming document. She’s thrilled her lover was bold and killed Prince Yeonryung, who was an impediment to her goal, to become queen. I liked the interchange between Inspector Yeo and Prince Yeoninggun when she detailed her fabulous skills – multilingual, martial arts expert, best deductive inspector – as facts without bragging. I don’t see a romance between these two. I love the idea that when they put their heads together, things can go their way. Is Inspector Yeo cynical enough to see the machinations of team evil? 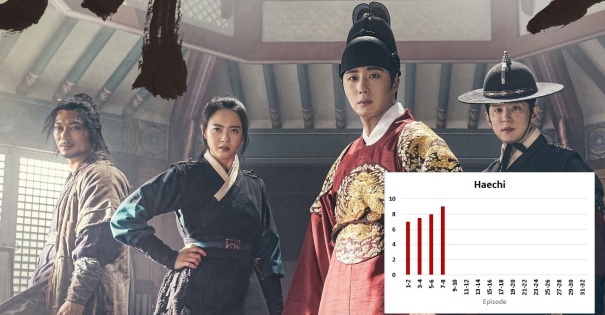