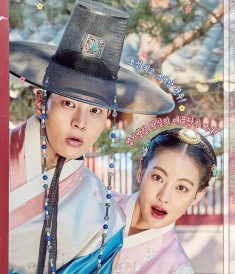 My Sassy Girl is a 16 episode pre-produced historical kdrama (2017) set in the Joseon Dynasty period about a boisterous, rule breaking, sassy Princess who gets under the skin of a Minister’s son who becomes a tutor to the heir-apparent Prince. Initially they don’t like each other. But she has a secret. She believes her mother who was kicked out of the palace long ago wasn’t killed by an ambush. Her desire to find the truth draws them together. Their antagonist relationship buds into romance. He becomes her chief supporter in the pursuit of the real story. But evil forces don’t want them to find out what really happened. Will they determine what happened? Will their budding relationship survive the machinations of the forces of evil?

Solid casting and production values. This drama looked pretty. The costumes were lovely. The sets were detailed. The fight scenes were highly stylized. Leading man, Joo Won, is a terrific actor and the reason why I watched this drama. Leading lady, Oh Yeon Seo, recently impressed me in Come Back Mister.

Slow start and a story that interested me but didn’t fully engage me. I was ready to love this drama. New writer Yoon Hyo Je irked me in the first episode by utilizing the cliche “drunk and puke” initial encounter between Princess Hye and Kyun Woo. The first six episodes perplexed me. I did not gravitate to the buffet of characters or plot points. I stuck with the drama because of the lead actors. Things turned around in episode seven when Princess Hye lost the lifeline to her mother and decided to stop bearing this burden alone and turned to Kyun Woo. He comforted her and vowed to help her find her mother. From that point, Princess Hye and Kyun Woo had a shared purpose and worked through the ups and downs of their search for the truth. I ranked the episodes on a 1-10 scale. The first six episodes was fair (average rank of 5) and the second half of the drama was good (average rank of 7). My ranking chart is below:

Characters that worked for me: 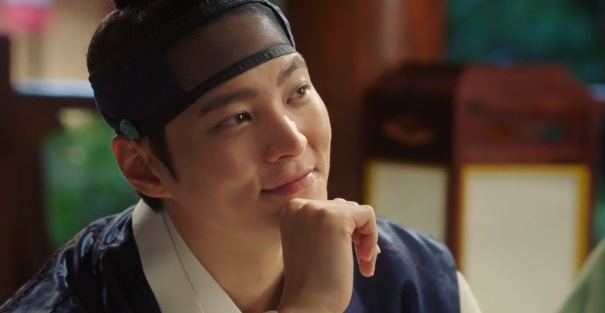 Kyun Woo (Joo Won). His support for Princess Hye was unwavering, once she turned to him for help. Kyun Woo had high ethical standards and could not be corrupted by the Evil Minister Jung even when threatened and those he loved were threatened. Kyun Woo’s stroke of brilliance to extract the Princess from a political marriage scored big. Kyun Woo was smart, principled, and didn’t shy away from his feelings for the Princess. Joo Won used his height to his advantage especially when he wore the tall hats. He has presence. He can be soft. He can be strong. He is watchable. We won’t be able to watch him for 2 years. On May 16, he entered the army recruit training center located in Gangwon province to begin his military service. After receiving basic army training, Joo Won will serve for 21 months. I will miss him and wish him a safe service and return. 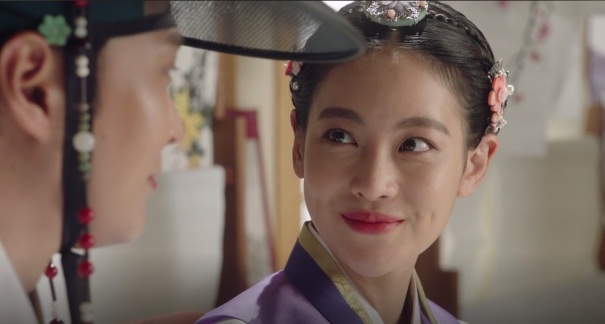 Princess Hye Myung (Oh Yeon Seo). I did not like this character who veered on the drunk and disorderly spectrum until the search for her mother began in earnest. Then the brassy external veneer was stripped and the vulnerable woman was exposed. The Princess had a sweet relationship with Kyun Woo. There romance was all sweet and no heat. The relationship with her step-brother Prince Wonja was touching. She loved him and was willing to protect him from the harsh truth. The Princess stood alone in the royal family as she searched for her mother. Kyun Woo’s support made it bearable. 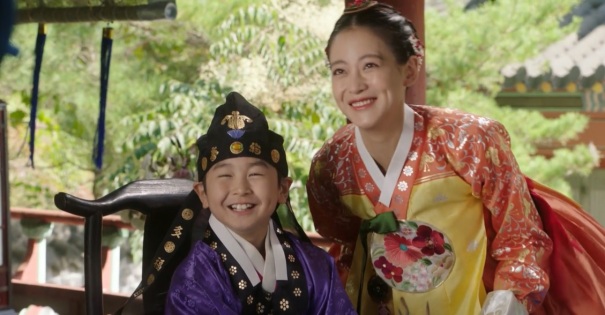 Prince Wonja (Choi Ro Woon). Gosh this kid was cute but not sappy. Prince Wonja was wise beyond his years. I wanted to protect him as much as his sister Princess Hye did.

Choon Poong (Shim Hyung Tak). This funny flamboyant mysterious man was always in the right place at the right time subtly helping our couple progress down the path of truth. He was one of two bright spots (the other was Prince Wonja) in the sea of supporting characters.

Would I recommend this series?

Maybe. My Sassy Girl was light and fluffy. This show did not grip me or force me to think so I’m unable to be effusive. But it was pretty with two leads that looked good and developed a decent rapport. 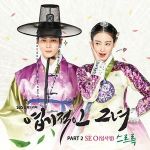 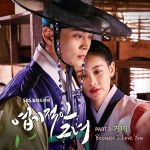 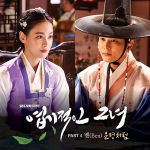 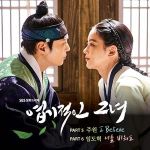 My Sassy Girl has released a 6 song OST. Joo Won lent his voice to “I Believe” the 5th song of the OST.

The playlist that is embedded below or check it out via the link.

6 comments on “My Sassy Girl Review”