My Thoughts — My Sassy Girl — Episode 15

At the end of my recaps I have a “My Thoughts” section where I summarize my opinions. For shows that I’m not writing detailed watch-n-blog recaps, I’m writing a “thought-cap.” I just finished the next episode of My Sassy Girl.

Nutshell Summary: Kyun Wol tells the King that 10 years ago he wrote the flyer about the Queen. He gives the King evidence that the current Queen paid to have a letter fabricated that the Queen was having an affair with Prince Chuseong. Stunned, the King struggles to deal with the revelations. Kyun Wol begs to be punished. The King orders him to leave. The Princess asks Kyun Wol if the rumors are true that he was the catalyst behind her mother being deposed. Kyun Wol admits this. She declares she doesn’t want to see him again. 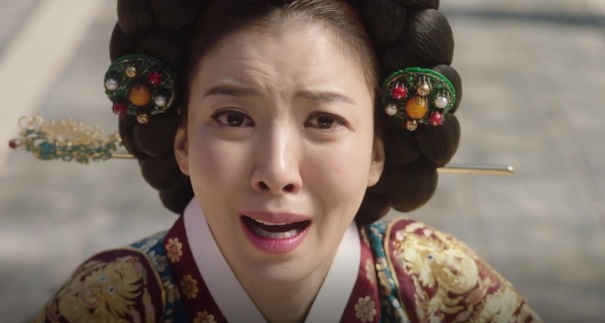 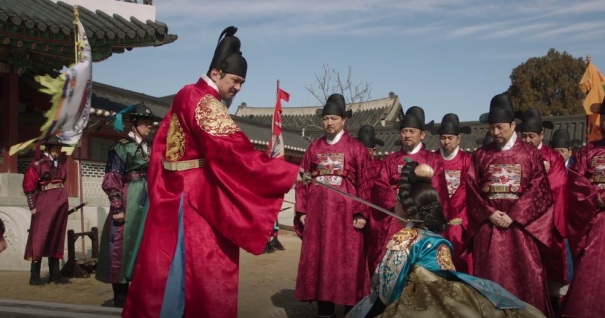 Minister Jung decides to turn the tables and forces the Queen to accuse Kyun Wol and his father of plotting to depose the former Queen. They are thrown in prison. Neither father or son will admit to what they did not do. Minister Jung amps the emotional blackmail and throws Kyun Wol’s friends in jail too. 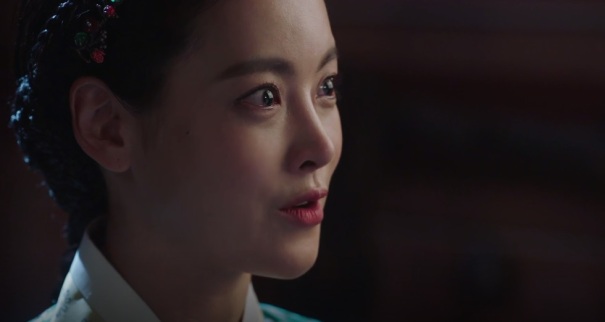 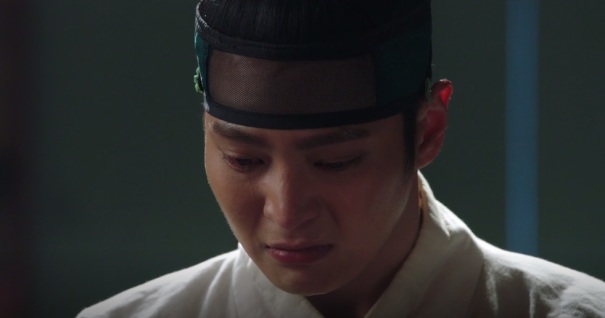 The princess visits Kyun Wol and states while she understands he was only 10 when he wrote the flyer and she knows that Minster Jung did everything Kyun Wol is accused of doing, she cannot forgive him. Gutted, Kyun Wol sobs the pain of being rejected by the woman he loves.

Kyun Wol’s mother and sister plead for Dae Young to ask for leniency for Kyun Wol. Dae Young shows what kind of person she really is and scoffs that without an engagement to Kyun Wol in place, she won’t lift a finger to help.

Officer Kang warns Wol Myung the porridge from the Queen is poisoned. He drinks it anyways. They manage to stop him from ingesting a lethal amount.

Minister Jang betrays the Queen. Instead of safe passage, he sends assassins to kill her. Wol Myung escapes and fights valiantly to save the Queen but is killed. The Queen realizes her choice is death by the assassin’s sword or death by jumping from the cliff. She vows to get Minister Jung as a ghost. She jumps.

Minister Jung celebrates framing the Queen, Kyun Wol and his father. He prepares to take even more power. 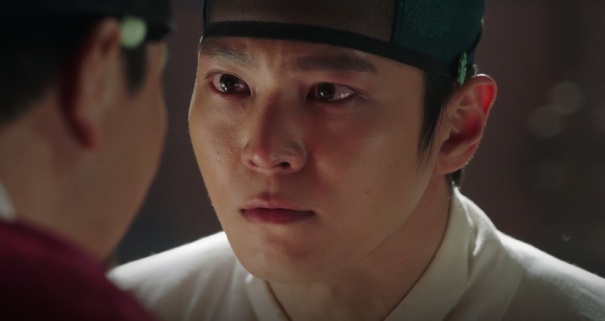 Kyun Woo (Joo Won) was thrown in prison, had his friends join him in prison, and was rejected by the woman he loves. That’s what I call a bad day. Kyun Woo and his father did not break down and confess to crimes they did not commit even under the taunting of Minister Jung to hurt more of those they loved. The Princess’s declaration that she couldn’t forgive him for his actions 10 years ago, gutted Kyun Wol. It makes sense that he’s the second ghost archer. Is he? 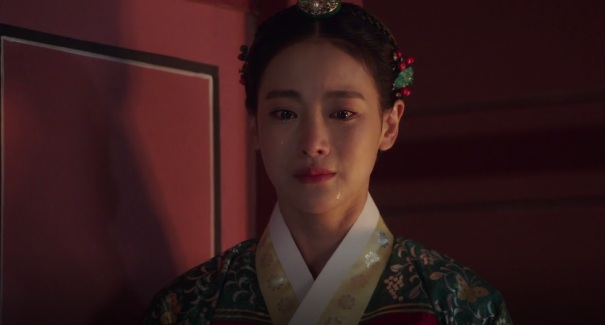 Princess Hye Myung (Oh Yeon Seo) learned that Kyun Woo had amnesia about what he did 10 years ago. While that soothed her heart that he didn’t keep it from her while she fell in love with him, she couldn’t give him a pass for his actions. She did a terrific job keeping her emotions suppressed when she told Kyun Wol she couldn’t forgive him. But afterwords, she sagged with the weight of the moment and tears flowed. The Princess knows Minister Jung is the guilty party, but she can’t prove it. Again I ask the question, why doesn’t the Princess remember Kyun Woo helping her the day her mother died?

New writer Yoon Hyo Je delivered the best episode of the series. Minister Jung had a great day as he crushed his adversaries by accusing them of the crimes he committed. The cherry on top was capturing the ghost archer and unmasking and finding him to be Choon Poong.

* The Queen was lucky to have Wol Myung fight by her side to stop the assassins. It didn’t work and Wol Myung died as a warrior should, defending who he believed he owed his allegiance to. Too bad Wol Myung worked for Team Evil. It didn’t bother me to see the Queen shafted by Minister Jung and decide to plunge to her death rather than have a sword plunged into her.
* Kyun Woo’s sister and mother learned what kind of person Dae Young really is.
* Choon Poong made a bone head move when he assumed he could fight one on one with Minister Jung. When has Minister Jung ever fought a fight fair?

What’s on my wish list for the final episode of My Sassy Girl?
* Evil Minister Jung is exposed as the master mind and finally pays for his crimes.
* Kyun Woo is the new ghost archer and devises a plan to expose Minister Jung as the prime plotter against the King and his family.
* The Princess is reunited with her mother.
* Prince Wonja learns his real mother is the deposed Queen and is reunited.
* Choon Poong doesn’t die. He is my favorite supporting character (Prince Wonja is a close second).
* The Princess and Kyun Wol find a way to reconcile.

Ranking the episodes (on a scale from 1-10) had me rank this episode as very good. My episode ranking chart is below. 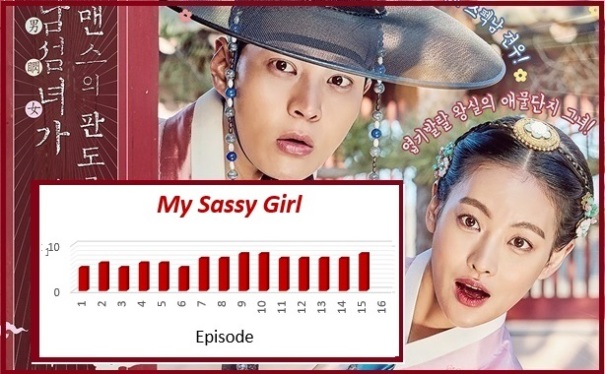 © kjtamusings.wordpress.com, 2014-2019, All Rights Reserved. Unauthorized use and/or duplication of this material without expressed and written permission from this site’s author is strictly prohibited. Excerpts and links may be used, provided that full and clear credit is given to kjtamusings.wordpress.com with appropriate and specific direction to the original content.