Our divorce lawyers, Luo Li and Hai Dong, are back to a strictly professional relationship. Cheating Qian Kuen decides to end his affair but he learns something unexpected. Hai Dong’s assistant reveals a ruthless side. 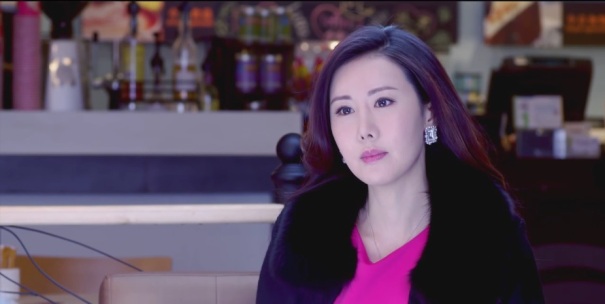 Our leading man, Chi Hai Dong, and our leading lady, Luo Li, meet with “fake but real but reunited” husband’s lover. They explain Mr. Dong is willing to support her as she is pregnant with his child. Surprisingly the lover shares the blame for the affair and says she has no ill will against Mr. Dong. I’m surprised too. Is she really going to be gracious? Is this the last we see of her? 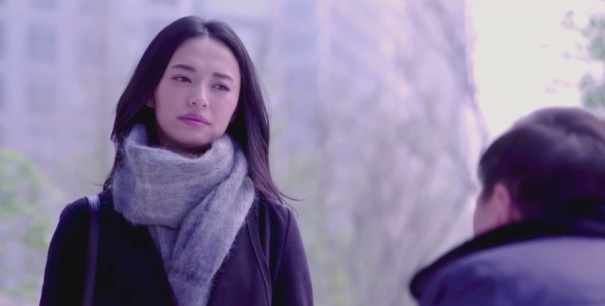 Luo Li’s mother is now popular with friends due to her advice TV show. Luo Li’s father is unhappy his wife has no time to take care of him. He leaves the apartment and exercises outside. When Luo Li passes by on her way to the apartment she asks why he is exercising in cold temperature. Her father explains her mother is constantly on the phone. Then he gets a phone call from a friend looking to speak with his wife. Father tells the friend talk to my daughter the divorce lawyer instead and hangs up. Luo Li shows her father the wonders of on-line grocery shopping complete with delivery! 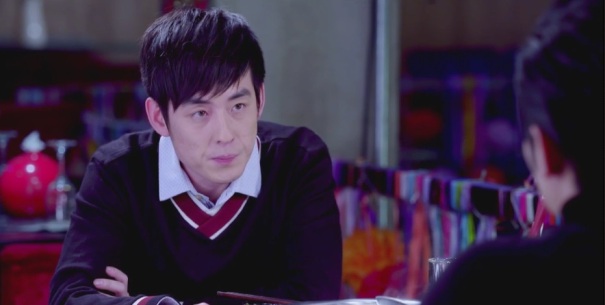 Hai Dong and cheating husband, Qian Kuen, meet for supper. Hai Dong asks if Qian Kuen has ended his affair with Shi Jiang yet. Not yet, but he will. Hai Dong tells Qian Kuen the most important thing he can do is be honest.

Luo Li meets with a new client. Her problem is her husband’s lack of interest ever since the baby was born. The wife admits she can’t sleep and has considered suicide.  Luo Li tells her to stop those thoughts. The wife wants custody of the baby. She tells Luo Li her husband wants custody of the baby.  Luo Li says without an income carrying for the baby will be difficult. The wife is certain she’ll figure this out. Luo Li tells her they must proceed as the courts are more likely to give custody of a child under two years old to the mother. Luo Li tells the wife she will request child support from the husband. 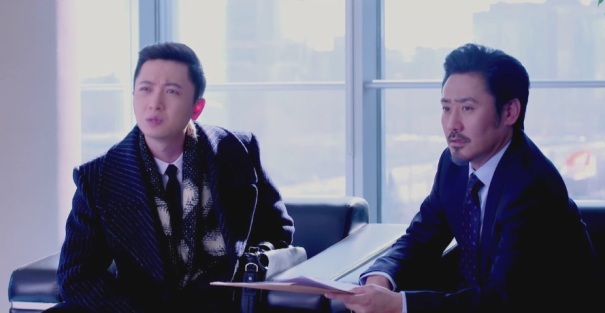 Hai Dong’s former assistant, Xiao Gang, is relishing his new office at Mr. Wu’s firm. Neighbors bring his Uncle to see Hai Dong and complain that once Xiao Gang got control of his Uncle’s house he has ceased caring for his Uncle leaving it the neighbors. When Xiao Gang arrives at the office Hai Dong tells him the neighbors want him to cancel the agreement giving him control of his Uncle’s house. That way they can put the house up for collateral and put his Uncle in a nursing home. Xiao Gang’s answer is clear. He’s in charge of his Uncle’s care not nosy neighbors. Hai Dong is taken aback by his uncaring manner. He asks if Xiao Gang intends on caring for his Uncle. Xiao Gang states his Uncle cannot reject his care. Hai Dong chides him for taking advantage of the law. Xiao Gang counter that Hai Dong taught him “The law is the law. The law is ruthless.” Xiao Gang thanks Hai Dong for being a mentor. He states today is his last day as he is resigning effective immediately. Xiao Gang exits leaving stunned neighbors, Uncle and former mentor, Hai Dong.

To top it off, Hai Dong’s secretary tells him it is time to sign another lease of vacate the office. 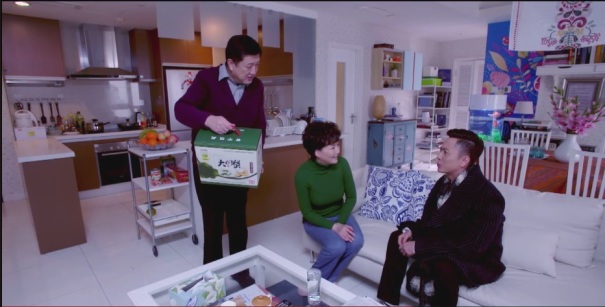 To thank Luo Li for helping him get the job, Xiao Gang stops by with crabs for her. Luo Li’s parents are thrilled to see him. He stays for a bit but leaves when Luo Li returns home.

Cheating husband, Qian Kuen, is at his lover’s house Shi Jang. She is cooking dinner and stopping him every time he tries to discuss their relationship. She knows he wants to end it. She won’t let him say the words.

Shi Jang gets a phone call and takes it downstairs. She gets upset and Qian Kuen observes this. Shi Jiang admits she got married and had a baby while living the in states. Once she gave birth, her husband started having affairs. Then he start hitting her. When she wanted to leave, the deal was divorce for custody of the child. Shi Jiang walked away from the child and is racked with guilt over this decision. She misses her child terribly.

Comments:
* Our leading man, Chi Hai Dong (Wu Xiu Bo), counsels his friend to end his affair. How many times has he counseled Qian Kuen to do this? With his office lease up, I’m wondering if Hai Dong will ask Luo Li if he can move into her office building.
* Our leading lady, Luo Li (Yao Chen), keeps things strictly professional with Hai Dong. It’s got to be killing her. This episode had almost no interaction between our couple.
* Qian Kuen decides to end his affair. Shi Jiang surprises him with the news that she is a divorced mother how gave custody of her child to achieve the divorce and is wracked with guilt. Can he tell her he wants to end the affair?