Fated to Love You Episode 8 Recap

Daniel shows Mi Young his art. A gaggle of reporters show and he blocks them from spotting her. Lee Gun and Mi Young attend another prenatal class. They have lunch after the class and name their child in vitro Doogie Poop (DP from now on). When they arrive at his office building, Lee Gun invites her in. Unsure of herself, he encourages her to walk hand-in-hand with him, head held high.

They both get a surprise when Se Ra is in the office. She has a 4 day break from the ballet tour. She asks who Mi Young is. Lee Gun is about to tell her when Mi Young states she is Grandmother’s secretary. Outside his office, Lee Gun asks why Mi Young lied. She simply says Se Ra is not ready for this news and the shock would be enormous. Se Ra and Lee Gun spend the rest of the day together while Mi Young waits at home.

The next day Lee Gun receives an urgent text. Mi Young’s mother is in the hospital with gallstones. Lee Gun and then Mi Young arrive. Mi Young is especially worried. The doctor soothes everyone’s fears. Lee Gun and Mi Young go home. Just as Lee Gun takes Mi Young to the door, Se Ra shows up to see Grandmother. Lee Gun decides the moment of truth has come. In spite of Mi Young’s pleading eyes, he tells Se Ra that Mi Young is his wife. Se Ra is stunned and leaves in a daze. Lee Gun dashes after her explaining that Mi Young is pregnant with his child. That does not help Se Ra feel any better about the situation!

Later that evening Lee Gun broods in his study watching an old video of Se Re as he mourns the loss of the 6 year relationship. Mi Young feels his pain outside the study door. The next morning Lee Gun is cold towards Mi Young as he leaves for work. At the office, Secretary Tak is in a panic over malicious articles about Mi Young. Lee Gun orders him to suppress the articles.

That evening there is a charity ball and Mi Young attends with Grandmother. Everything is fine when she is next to Grandmother but once alone the whispers about her become loud. Se Ra’s friend throws water in her face. Jerk lawyer (date in Macau) grabs the microphone and tells the rapt audience that Mi Young was pregnant before her marriage. Publicly humiliated Mi Young stands alone. Lee Gun arrives, takes the microphone from jerk lawyer, and tells the room, yes, they were pregnant before they married. He tells the audience that a funny thing happened after he got married. He found his wife is a wonderful woman; kind, caring and makes him happy. He takes her arm and they leave the hushed ballroom.

Lee Gun takes Mi Young to the river and they share a sweet dance. At the snap of his fingers, fireworks explode in the air courtesy of Secretary Tak. Mi Young is pulled to Lee Gun emotionally. Lee Gun is acting like a husband. As he goes in for a kiss, Mi Young thinks back to telling Daniel if she falls for Lee Gun, she may never be able to walk away.

Comments:
* Bummer that Lee Gun pulled away from Mi Young at the beginning of the episode.

* The physical comedy moment was the testosterone overload morning jog that turned out to be an intense competition between Daniel and Lee Gun. Jang Hyuk “went there” with flailing arms, venomous speed, legs with cramps that made walking next to impossible during the cool down. Daniel and Lee Gun established a grudging respect for each other. Because Daniel is NOT interested in Mi Young romantically, it is possible for the two men to have repore.
* Jang Hyuk has subtle and impactful acting moments. First, when he watched Mi Young sleep you saw him thinking about the situation then look away considering his own emotional pull. Second, you saw the conflict on his face as he struggled between the two women in his life. Perfect, his hesitation outside the office door to return to Se Ra. Finally, when he put Se Ra to bed in the hotel, you could see the play of emotions as he watched her sleep.

* Snail citing in the bed when Lee Gun chided Mi Young for being able to sleep when he could not calling her a “worry free snail”.
* The tender and sweet moments of this couple & show that draws me like a moth to the flame. Episode 8 tender/sweet moments: 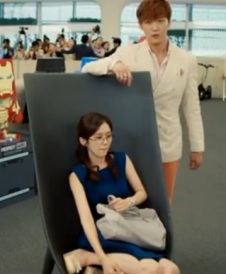 ***** When Daniel protected Mi Young from reporters at the gallery telling her that as sworn siblings he had to protect his sister. The loyalty chant was darling!

***** When Lee Gun held Mi Young’s hand and guided her with pride into the office. 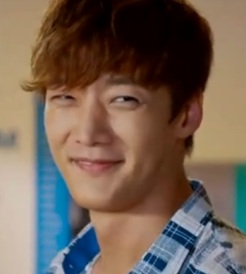 ***** When Daniel told Mi Young that she had his support 24/7 and best of all…”it is free!”
***** When Lee Gun and Mi Young arrive at the hospital both upset about Mi Young’s mother’s condition. He visibly soothed her.
***** When Lee Gun and Mi Young shared a dance at the river after the ball. He was so gentle, so sweet. Who would not melt under his gaze?
* Each episode has Laugh Out Load moments for me. Episode 8 LOL moments: 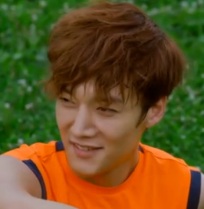 ***** The competitive jog between Daniel and Lee Gun was amusing. It was LOL when Lee Gun urged Daniel to give up. Daniel replied giving up was not his dictionary. Lee Gun parried, “I’ll get you a new dictionary”. I also liked when Lee Gun looked like he was going to help Daniel up from the ground but released his hand letting him fall back to the ground. Ah, childish fun never ends in life.
***** Secretary Tak’s joy over the cool fireworks and helping Lee Gun and Mi Young. 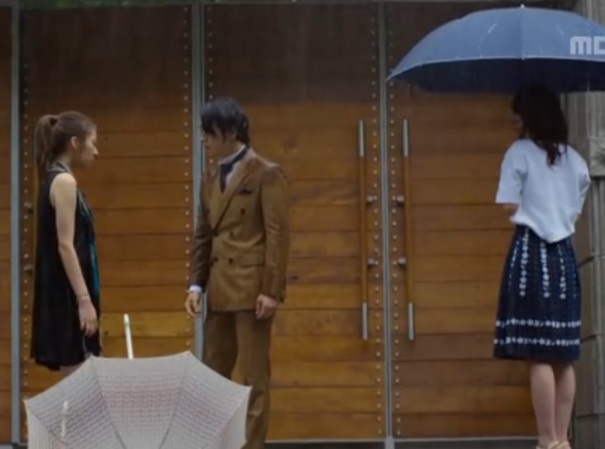 * Production flaw this episode at the poor sound quality of the crucial “I’m Married” reveal in the rain.

* Did not feel much for Se Ra. I am not invested in this character so her pain meant nothing. She really got emotionally punched but it did not get me.
* Mi Young’s sensitivity to Se Ra’s reaction and Lee Gun’s loss of that relationship were completely in line with her character.
* Ouch, when Lee Gun by passed the clothes Mi Young put out for him the morning after the reveal to Se Ra. Double ouch, when he ignored her when he left for work. 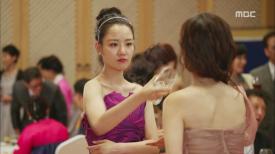 * The charity ball was a nightmare for Mi Young. From the whispers, to Se Ra’s friend throwing water in her face, to the jerk lawyer (gosh I wanted to punch the guy and enjoyed that he looked dreadful that night) malcious words, what a sucko evening.

* Lee Gun saved her from leaving in shame when he took the microphone from jerk lawyer and shared how great a person Mi Young was making it obvious she was to be respected by everyone in the audience. The second nod to Chuno when they play the song Stigma II from the OST played during his confession to the audience.
* Pop of color and styling:
***** Neon yellow for Lee Gun and bright orange for Daniel during the jog-off.
***** The stylist’s choices for Se Ra were dreadful in my opinion.
***** Styling was low key this episode. Lee Gun, Mi Young, and Daniel were in shades of blue or muted neutrals.

* This episode had to happen. Se Ra had to find out about Lee Gun’s marriage. My problem is that I don’t care about Se Ra. However, the meanness toward Mi Young bothered me. Mi Young is the woman-child that your heart goes out to and you want to protect. I understood Lee Gun pulling away from her but the no explanation bugged me. His explanation at the river sufficed. I especially liked when he thanked her for waiting for him to come back to her. The dance at the river and the potential path for them to become a real couple is the cliff hanger. I hope we go there!

4 comments on “Fated to Love You Episode 8 Recap”