Review. Warrior Baek Dong Soo is a 29 episode 2011 historical Korean drama of two friends that take divergent paths.  The story line is presented in 2 layers, the adult story line between rivals, Master Swordsman (Kwang Taek) and Black Ninja Leader (Chun), and the young adult story line between two childhood friends who become rivals, Baek Dong Soo (becomes apprentice to the Master Swordsman) and Yeo Woon (becomes apprentice to the Black Ninja Leader).  Baek Dong Soo and Yeo Woon are both drawn to the same woman Yoo Ji Sun. There is a heavy dose of political intrigue coveting the throne of the current king and eliminating the contenders for the throne.

What I liked about Warrior Baek Dong Soo:

1. Adult story line lead actors nailed it and drew me in immediately. The quiet and gentle Master Swordsman Gwang Taek versus the hard-drinking and hard-hearted Black Ninja Leader Chun was compelling throughout the entire series. I appreciated the fallibility of our one-armed sword master.  I grew to love the man in black when he revealed he cared for Ji and Woon. They both had soulful eyes with pain in their past, present, and future.

2. Top notch fight scenes. Not every fight scene was excellent, but there were beautifully staged and directed fight scenes in this series. Baek Dong Soo’s single sword and Yeo Woon’s double swords flew many times in this series.  Master Swordsman Gwang Taek’s finesse and Black Ninja Leader Chun’s direct fighting were impactful. It was fitting that Taek and Chun had the first fight of the series and Dong Soo and Woon had the last fight of the series. 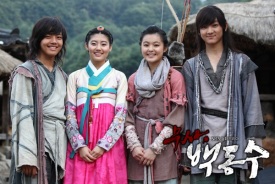 3. Young adult story line lead actors eventually hooked me too. The young Dong Joo had the physical challenges of the bamboo body cast that he outgrew and overcame. The young Woon was little boy lost with a drunk for a father and easy pickings for recruitment by Chun. Put the two of them together and they aggressively battled for the top position. It took them a while but they did grow to like each other.

4. As the characters transitioned from child to adult, the power of their story line increased. The friendship between Baek Dong Soo and Yeo Woon was real. In fact it was the driver for the entire show. Without this bromance nothing else really mattered.  Dong Soo was betrayed by the divergent  path Woon took.  Others saw the value of pitting these two against each other and worked to keep them separate. Add to that the palpable wish the Dong Soo and Woon both had that one day they would be friends again and you’ve got a recipe for a “destiny ripped us apart” bromance. 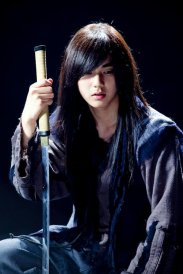 ** Yeo Woon’s glossy hair, his fighting skills, his brains, his unfilled desire for love, etc.  Woon was my favorite character of the series. He worked for the evil side, but he wasn’t evil. I’ve read the actor was originally offered the part of Dong Soo but choose Woon because it was more complex. Good choice by the actor!

** Baek Dong Soo’s cockiness. His unerring belief that he was awesome was fun to watch. He evolved away from this as he journeyed to his true self. Once he committed his diligently trained to worked hard to be the best swordsman around.

** Gwang Taek’s soulful eyes. He was not a chatty character, his eyes said quite a bit in scenes. The fact this character had only ONE ARM yet was the best swordsman, tells you everything about his will to overcome and his ability as a graceful swordsman (poetry in motion).

** Chun’s inability to drink without dribbling (get this man a bib). I did spend part of the series NOT liking this character (he led my beloved Woon into the evil camp) but gosh he did grow on me. You could see he wanted love, but it eluded him, and that pain was the basis for his evil.

** Crown Prince Sado’s awesome welding of the pole weapon. This crown prince could fight well. He didn’t hide behind his soldiers.

** Ji Joo’s archery saved folks multiple times. She was kinda awesome when she battled men in the local version of fight club. She was the best female character of the show and a terrific friend to Dong Soo. 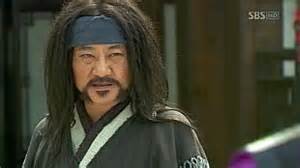 ** Sa Mo’s meat cleaver fighting style. I’d run if he came at me with that meat cleaver. Plus this character was a great dad figure for Dong Soo and Woon.

What I did not like about Warrior Baek Dong Soo:

1. Villains get away with murder (again and again) and had the upper hand the majority of the series. The balance of power should shift between the good and evil forces during the series, not stay squarely in the villain’s domain. It makes our heroes weaker and less effective. 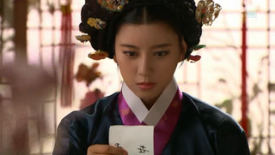 2. Character reversals in the final episode. This series is 29 episodes and there was some continuity in character behavior until the final episode where 2 characters were written so their actions created an intolerable situation for one of our leads. This was difficult to swallow and reduced my opinion of the overall drama. They should have ended the series at episode 28 and I would have been satisfied not disappointed.

** Ji Sun’s impassive staring and overall lack of feeling. I don’t know why Dong Soo or Woon would want her. The casting director blew it on this character.

** The major villian of the series, Lord Hong, had the upper hand and never had to sweat (even his stay in jail was only 2 hours!), see point 1. Yes Lord Hong REALLY BUGGED ME!
** The message “fate is nonsense” was reiterated over and over but nullified in the final episode. Please don’t sell me a message for 28 episodes then in the final episode nullify the message.
** Villains did not die, see point 1, THIS REALLY BUGGED ME.
** The sexist message “don’t play with swords” stated to the women characters. Come on show, Ji Joo was a fabulous archery and sword welding woman and Ji was the third part of the Black Ninja trinity but you consistently told the women weapons were too dangerous.

Bottom Line: It can’t compare to Chuno. It had a mix of strong elements and weak elements. Woon was the standout character of the series. I wish the series had ended at episode 28. Episode 29 was tough to swallow. 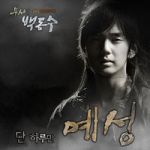 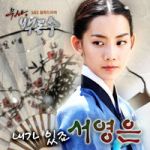 The OST was divided into 8 parts with a 2 disk compilation OST. Some favorites that take me right back to this show:
1. Yanoi by BMK
2. For One Day by Yesung
3. Stagnant by Shin Sung Woo
4. Falling in Love by Kim Tae Woo
The Favorite Songs (listed above) from the OST are in my YouTube Playlist (link or embedded below)